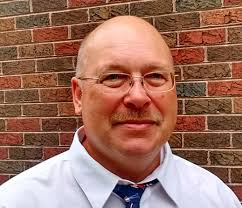 Learn about the disastrous teacher evaluation software purchased by DPI for $3+ million, under Evers direction.

The two candidate are vying to run Wisconsin's Department of Public Instruction.

Evers is seeking his third straight term in that role, while Holtz is trying to ascend to that position after running districts in Beloit and a Milwaukee suburb.

Tuesday's debate was hosted by Marquette University, and the candidates showed their differing opinions on school choice, funding for public schools, and how to address a statewide teacher shortage.

The incumbent blasted his challenger over an accusation Holtz bribed primary opponent, John Humphries, to drop out of the race in exchange for a six-figure job.

Earlier this month, the Wisconsin Elections Commission said Holtz did NOT violate any state laws, and tossed a bribery complaint brought by a liberal advocacy group.

Evers and Holtz will meet again, Wednesday, at a forum in Madison.  Video Clip here After all the parsing at the Comey hearing, that remains the bottom line.

Straining at the tweet and swallowing the camel has become Washington’s favorite pursuit, and it was on tiresome display at Monday’s Congressional hearing with Jim Comey. Out of it came two clashing headlines: “Comey Denies Obama Ordered Wiretapping on Trump,” “The FBI is Investigating Trump’s Links to Russia.”

In other words, the core claim underlying Trump’s tweets is true: people acting on the authority of Obama opened an investigation into Trump’s campaign, then criminally leaked mention of it to friendly news outlets in an attempt to derail his election. When is Obama going to apologize for that?

Were the Republicans less feckless and docile to the media-determined parameters of any discussion, they would have kept the focus on the outrageousness of Obama investigating an opposing party’s candidate at the height of an election campaign. But their first instinct is always to distance themselves from Trump, not defend him.

So unlike Adam Schiff, who prosecuted the case for the Dems ruthlessly, the Republicans dithered, striking Comey with the flat of the blade. Instead of probing his vague answers, they complacently accepted them before trailing off into the next series of unilluminating questions.

“I have no information that supports those tweets,” Comey replied to one of Schiff’s leading questions. Why didn’t Republicans ask him to elaborate? Was he saying that the FBI didn’t investigate the computer server connected to Trump Tower (as reported by Circa News)? Was he saying that his investigation hasn’t intercepted a single one of Trump’s communications? He would have declined to answer these questions, but that refusal to answer would have cast doubt on the authority of his categorical denial. After all, if he can’t describe his investigation into the Trump campaign, how can anybody be sure that it excludes Trump’s communications?

Congressman Devin Nunes, the chairman of the committee, couldn’t match Schiff in partisan zeal and rigor, as evident in his giving Schiff fifteen minutes of opening remarks while restricting himself to five minutes of them. In his sheepish remarks, he defensively treated the media’s outrage at Trump’s tweet as if it were the first and most important matter that he needed to address. READ it HERE