MADISON — In a ruling last week in favor of Lake Superior property owners, the Wisconsin Supreme Court checked the overreach of the oft-overreaching Wisconsin Department of Natural Resources.

The 6-1 decision is a big victory for property rights, but perhaps more significantly the court reaffirmed that it will no longer defer to state agencies on matters of law.

Philip and Terrie Myers spent a lot of time and money litigating a case in which the DNR decided to amend the Myers’ building permit more than a decade after granting the couple approval to build a pier at their waterfront property on Lake Superior. They appealed two lower court rulings that sided with the government’s claim that the DNR had the authority to amend the permit.

Matthew Biegert, attorney for the plaintiffs, told MacIver News Service the Myers’ are gratified by the ruling, which ends a long, frustrating legal battle.

“They had to litigate for years and spend their money on the case,” said Biegert, an attorney with the New Richmond, Wis. -based law firm Doar, Drill & Skow. “Most people aren’t going to spend the time and effort to litigate a case to the Supreme Court, but it was a clear case in our minds of government overreach. Unfortunately, that’s not the way the lower courts saw it.”

The couple’s legal journey goes back to December 1999, when they applied for a permit to build a rock-filled pier at their waterfront property on Lake Superior’s Madeline Island, according to court documents.

Despite several objections filed, an administrative law judge in 2001 granted the Myers a permit under state statute to build the 70-foot structure. While concluding that it was “unlikely that there [would] be detrimental impacts relating to shoreline alterations,” the ALJ did add a condition. The permit could be amended or rescinded “if the structure becomes a material obstruction to navigation or becomes detrimental to the public interest.”

The Supreme Court reversed the circuit and appeals court decisions, finding the DNR “could not reserve t

Rep. @MaryFelzkowski: “I don’t think I can support any legislation going forward that intentionally strips people of their constitutional rights. #wiright #wipolitics Click To Tweet

There’s growing concern from conservative lawmakers that the kind of red flag law Kaul and other liberals have proposed would create a slippery slope, putting liberty at risk.

Attorney General Josh Kaul, a Democrat, has called for a “red flag” law granting authorities a faster path to take firearms away from those deemed a danger.

“That will allow law enforcement or a family members to go to a judge and ensure that somebody who is a threat to themselves or others is temporarily disarmed,” Kaul said in what many conservatives saw as an unnecessarily confrontational inauguration speech.

While some Republicans have said they would be open to sensible legislation that doesn’t imperil constitutional rights, there’s growing concern from conservative lawmakers that the kind of red flag law Kaul and other liberals have proposed would create a slippery slope, putting liberty at risk.

“I don’t think I can support any legislation going forward that intentionally strips people of their constitutional rights,” said state Rep. Mary Felzkowski (R-Irma). “I think we need to be very careful, especially in our present society.”

Felzkowski, like Assembly Speaker Robin Vos (R-Rochester), says she would look at legislation that does not “take away due process.”

Due process and the concept of “innocent until proven guilty” have been under assault of late. From the pitchfork-style justice that polluted the Senate confirmation hearings of Supreme Court Justice Brett Kavanaugh to Wisconsin’s unconstitutional John Doe investigation, the presumption of innocence has been a victim of opportunistic politicians and overzealous prosecutors.

A wave of red flag legislation has rushed through state Capitols in the last year, growing out of the school shootings last February in Parkland, Fla. At least nine states have such emergency firearm confiscation laws in place, including Maryland, where courts have seized guns from 148 people in the three months since the state’s law went into effect, according to the Washington Post. Law enforcement and court officials recently testified that Maryland’s law is “saving people’s lives,” but they wouldn’t provide specifics on the seizures.   READ the rest HERE 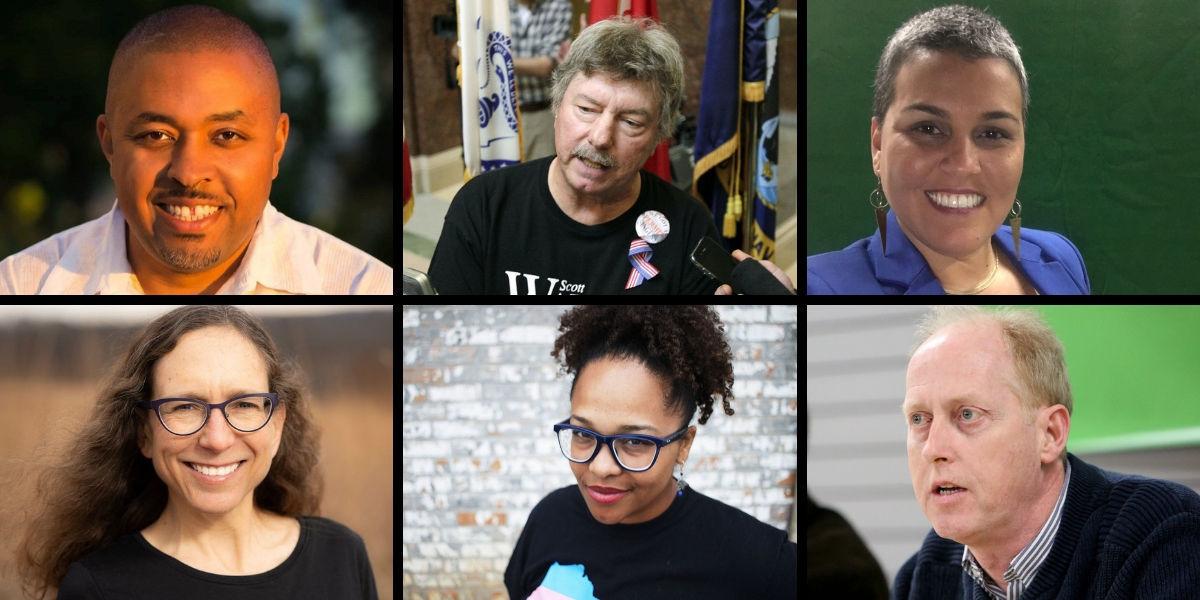