Posted by Scott Grabins 448sc on 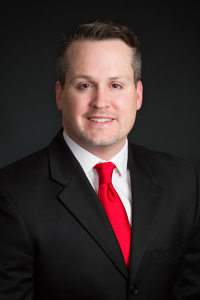 We are lucky to have a local expert who heard we were in search of a speaker and volunteered to share his insight with us at Babe's this Tuesday.
Ryan Owens is a Professor of Political Science. He also enjoys an affiliate status with the law school and is an Honorary Fellow in the Institute for Legal Studies. Owens studies judicial politics and American political institutions. His work analyzes, among other things, agenda setting on the United States Supreme Court, strategic behavior on the United States Courts of Appeals, and unilateral executive behavior.
Dr. Owens's work has appeared in the American Journal of Political Science, Journal of Politics, Political Research Quarterly, the Georgetown Law Journal, the William & Mary Law Review, the University of Illinois Law Review, Law & Society Review, and the Journal of Law and Courts.
WHEN
March 06, 2017 at 5:30pm - 7:30pm
WHERE
Babes
5614 Schroeder Rd
Madison, WI 53711
United States
Google map and directions